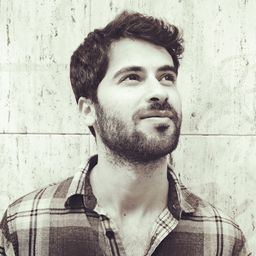 Is coding a procrastination trap?

If you are an indie hacker or a solo founder, you probably realize that you have to wear many hats and simultaneously juggle many balls. Building and running a successful business requires you to be a developer, a marketer, customer support, and everything else that a business may need to survive.

But let me ask you a question. Of all those hats I mentioned, which one you wear the most? Well, if you have a technical background and know-how to code -like myself-, I bet it's the developer's hat. If you are aware of this and don't mind, simply because you enjoy coding and building a profitable business is not your highest priority, you probably don't need to read the rest of this article.

However, if profitability is your priority, but coding still takes +90% of your time, then maybe it's worth pausing for a minute to ask yourself, why? For me, that's the case. Coding takes a big chunk of my time. I enjoy coding, and I'm good at it. So it seems like spending my time coding is a "choice", at least, this is what I thought.

Last week, after implementing themed days (newsletter email), I set a deadline for myself on Saturday to post on Reddit to promote my startup, Hatchy. I procrastinated on that for two weeks by then, so I promised myself that I would post no matter what, and I won't care if the product was ready.

Saturday came, and I kept my promise. I posted, and I received some excellent feedback, but also some critics. That's normal; what was interesting to me is the feeling I had every time I opened Reddit or IndieHackers to check the comments. I felt sick, stressed like I'm about to go naked on stage to deliver a speech. It's my fear of public embarrassment. That bit was kind of clear to me, but what it has to do with coding? I didn't make the connection straight away, but later on I read this:

As Voltaire once wrote, "The best is the enemy of the good."

I refer to this as the difference between being in motion and taking action. The two ideas sound similar, but they're not the same. When you're in motion, you're planning and strategizing and learning. Those are all good things, but they don't produce a result.

Sometimes motion is useful, but it will never produce an outcome by itself. It doesn't matter how many times you go talk to the personal trainer, that motion will never get you in shape. Only the action of working out will get the result you're looking to achieve.

If motion doesn't lead to results, why do we do it? Sometimes we do it because we actually need to plan or learn more. But more often than not, we do it because motion allows us to feel like we're making progress without running the risk of failure. Most of us are experts at avoiding criticism. It doesn't feel good to fail or to be judged publicly, so we tend to avoid situations where that might happen. And that's the biggest reason why you slip into motion rather than taking action: you want to delay failure."

It was the "aha!" moment. Coding is my motion. It's easy to be in motion and convince yourself that you're still making progress. You keep adding new features, fixing bugs, and re-styling your landing page, thinking to yourself how much progress you made. When I fact, you are just procrastinating on all the other important stuff.

In August, Chris McCormick shared a shocking post on IndieHackers. Only ~1% of 17,207 people who have joined Indie Hackers makes more than $2k MRR. Of course, the data is not 100% accurate, but that doesn't discard that it's so hard and takes a long time for a solo founder to build a sustainable business. But maybe there is more to that than just the fact it's hard.

What if you are stuck on the "coding wheel"? What if it's taking so long not only because it takes time to build but also because you systematically slip into motion rather than taking action? What if you keep yourself busy coding to delay failure and, as a result, delay success?